Lavender – By any other name, would it smell as sweet? 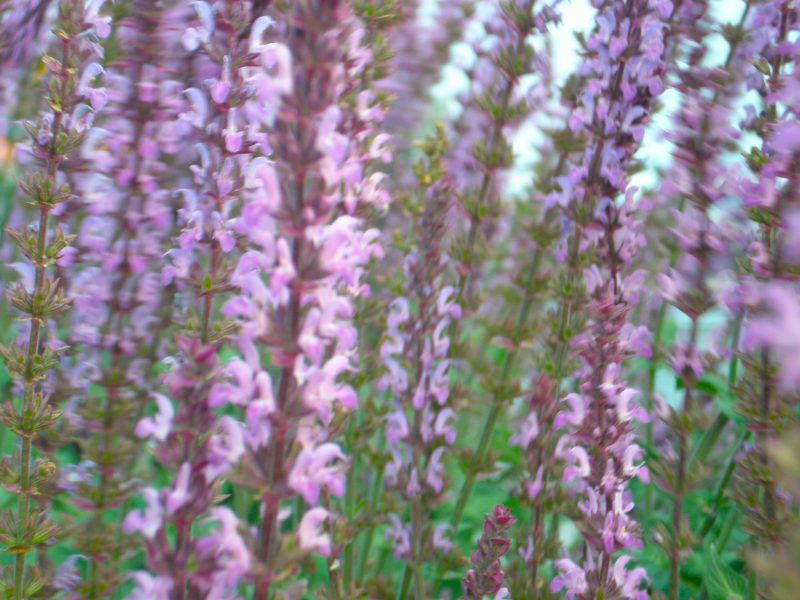 Recently a client asked me about the effectiveness of her bedding mist, which had Essential Oil of Lavandin in it, instead of Lavender. Much of aromatherapy is about the Limbic System creating associations, so, if someone smells Lavandin, it’s up to their Limbic system if they like it or not, or you can create associations around it based on what you intellectually attach to it, if you will it, and that’s fine with me, but is it chemically effective to help you sleep? I didn’t grow up hearing the word Lavandin, I’ve never seen a Lavandin plant and I didn’t remember much of anything but a mention about it from the Essential Oils classes I’ve taken, so I did a little research.

Lavandin – Lavandula x intermedia is, in fact, an actual plant, but it is a hybrid plant; meaning a cross (hence the x in the Latin name) between two species, in this case: Lavandula angustifolia (True Lavender) and Lavandula latifolia (Spike Lavender). Hybrids are often cloned from a cutting because they often can’t reproduce. This reminds me of the Forsythia bushes my mom would point out to me. You could plant the end tip of a branch in the ground and it would start to grow! So weird and wonderful! Anyway, one type of Lavandin clone, for example, is called Grosso. Lavandula x intermedia clone Grosso. So, yes, even if it’s cloned, it’s still a real plant, but is it effective?

As some of you may know, I’m a huge Robert Tisserand fan. He’s one of the world’s leading experts in aromatherapy. He works as an independent industry consultant, online educator and presenter. He keeps current on scientific development and follows the latest research and developments in the aromatherapy world. In his classes he teaches that the therapeutic effectiveness of an essential oil comes from its entirety and/or its chemical constituents, and the associations the Limbic System links to its aroma and are dose dependendent (like modern pharmaceuticals). (Read: ‘Lavender and the Nervous System‘, by Peir Hossein Koulivand, 1 Maryam Khaleghi Ghadiri, 2 and Ali Gorji. “In addition to psychological effects, aromatherapy is thought to be therapeutically effective due to physiological effects of the inhaled volatile compounds.”)

Chemical constituents are naturally occurring compounds that make up a plant and give it its characteristics, such as color and fragrance. They also have therapeutic value and have been the subjects of studies available on PubMed, the US National Library of Medicine/National Institutes of Health. We know for instance that Essential Oils with significant amounts of the chemical constituent linalyl acetate (a monoterpene) are anti-spasmodic and that linalyl acetate has antinociceptive (analgesic) action (Peana et al. 2002), hence Lavender is used in many massage oil blends. But does this assist us in getting to sleep? I think so. By the way, True Lavender, Lavandula angustifolia, has many properties because of other chemical constituents, one of them is it’s anti-allergenic effect: Read: “Lavender oil inhibits immediate-type allergic reaction in mice and rats” by inhibition of mast cell degranulation in-vivo and in-vitro.” (Kim and Cho 1999 cited by Tisserand and Young 2014). This is no less than awesome, but this blog post is about the effectiveness of Lavender vs. Lavandin in assisting us in getting to sleep.

My guess is they both assist us, but the body being the body, the relative effectiveness is dose dependent like pharmaceuticals. So this knowledge leads me to look at the percentage differences of linayl acetate between the two (Lavender and Lavandin). My guess is that Lavandula angustifolia (depending on the GC/MS report you read) having: 46.98% linalyl acetate, is probably more effective in assisting we get to sleep because after all, effectiveness of modern traditional western medicine is dose dependent. It is also listed as having many properties in my notes including: analgesic, anti-inflammatory, antibacterial, anti-tumoral, antispasmodic, anti-ulcerogenic, immuno-stimulant, ah and sedative! There it is, sedative.

Lavandin organic Lanvandula x intermedia, as reported here: https://www.planttherapy.com/test_reports/Lavandin%20Organic%20L30102.pdf has only 28% linalyl acetate. Almost half as much linalyl acetate as True Lavender.

This one (Lavandula x burnati) has a little more, but only 30.74% linalyl acetate in it: https://www.stillpointaromatics.com/lavandin-Lavandula-x-burnatii-essential-oils-aromatherapy.

So Lavandin is ok, especially if you like the fragrance of it, but you could also say it’s a bit the poor man’s lavender (in potency of just this chemical constituent.) It’s just probably less expensive for the company to make product from.